Discontinued. We recommend our Parent Pack for additional storage. The accessory that every parent needs for day trips or longer outings. The 2020 Bumbleride Stroller Snack Tray is a cleverly designed soft tray packaged with a foldable adapter bar compatible with Indie and Speed. Snack Pack's interior is divided in to two compartments for a sippy cup and snacks. Removable, machine washable and its zip-up top design means Snack Pack can go from stroller to car to home with ease. Thank you for submitting a review!

Your input is very much appreciated. Share it with your friends so they can enjoy it too!

Easy to install. Great for holding drink and snacks. We love it!

My son loves his snack pack. It can recline where if he drops something it will help catch it. He is able to see inside and grab his treats. There is also a cup holder big enough to hold his cup. 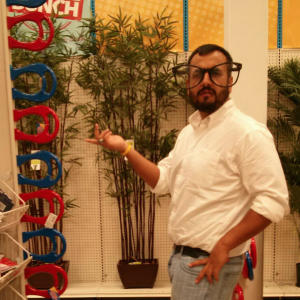 United States
I recommend this product
Well made but probably won’t use it often, or until later

My son just turned 1 and we mostly use our Indie for long outings like the zoo or park; it’s definitely not a daily driver for us. We love Bumbleride; they make high quality strollers and we recommend them to anyone that asks. However, I was hesitant to buy this particular attachment because it looked like it’d be a little unwieldy, and it kind of is. I think the biggest issue is that there’s just one position that it locks into. It would have been nice if we could adjust the positioning to allow for our son to be able to peak in it a little easier to see what is in it. It’s also just a lot larger than I think it needs to be. I think this makes it a little claustrophobic since it takes up more space than it really needs to. You can store a lot in there, but I’m not trying to store a feast for four. I suspect this may be a lot more useful when he’s a little older. We’ll keep it, but we’ve already put the original bar back because at least with that he loves to stick his feet on it and his view isn’t as obstructed.